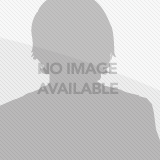 Category : Education & Learning
Language : English
Gender : Male
Accent : American-Mid-West
Vocal Style : Informed
Performance Notes
This is my reading of the audition script for "The College Survival Guide: Freshman Year. I really felt like this script showcased the best of my voice. I'm a teacher in real life, and I think it really makes me excel at being informative.

Most Writer Are Fans - Episode 8

I have 22 years of acting experience and eight years of voiceover experience. I have an extensive background in radio, including a number of awards for programming and production. I am a bisexual man, and I feel like my voice would work especially well for any work featuring a masculine-presenting queer character. I am also a fantasy writer, and I have a love of all things magic and superheroes. I would love to not only voice those books, but also just read them.
My past theatrical roles include: Bundles (Annie), Franz (Sound of Music), Fred (Scrooge), News Anchor (Night of the Living Dead), Mayor (Nightmare Before Christmas) and Mr. Body (Madison-Danville Jaycees Murder Mystery Masquerade). I have also performed in the films Ladybeard and Maneater. I hosted the band talk show Snob-Rock Live on WMUL and was an on-air talent for WEMM. I currently host a podcast called &amp;quot;Most Writer are Fans.&amp;quot;
I have won awards from the West Virginia Associated Press, the National Broadcasting Society, MARCOM, and The Communicator in audio production, script writing, and vocal performance.
Find Us

Amazon, the Amazon logo, ACX, the ACX logo and Audiobook Creation Exchange are trademarks of Amazon.com, Inc. or its affiliates